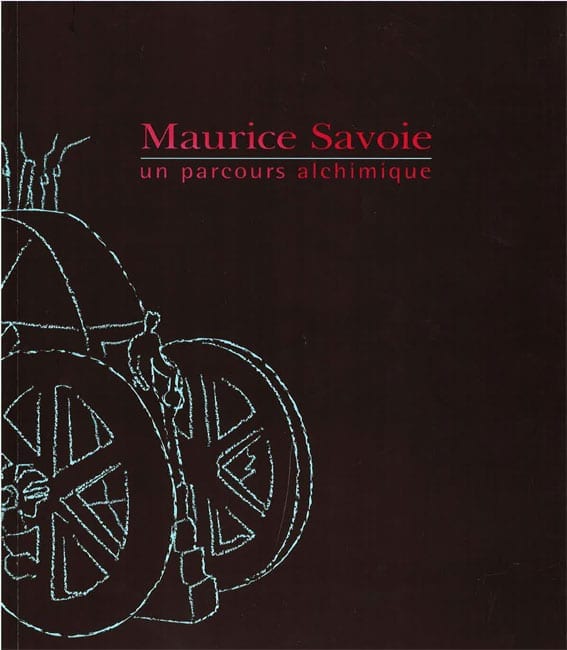 This exhibition is not a retrospective. It is a survey. An affirmation of the ongoing pertinence of Maurice Savoie’s production by way of a panoramic reading that sheds light on a journey begun decades ago. The focus here is on the artist’s recent work. On the creative fancy that continues to drive him, on the disconcertion that his audacity continues to provoke.

Surprisingly, despite unanimous recognition of his contribution to the development of ceramics and crafts in Quebec, no monograph has yet been devoted to Maurice Savoie. (This absence of monographic studies extends to many artists and seriously hampers the dissemination of contemporary Quebec art.) On the other hand, he has been showered with awards and honours over the years. In 1994, he was made a member of the Order of Canada and of the Royal Canadian Academy of Arts. More recently, in 2000, he earned a Mention at the 10th Grand prix des métiers d’art du Québec. His work is found in numerous private collections and in major public collections, including those of the Musée national des beaux-arts du Québec, the Montreal Museum of Fine Arts and the National Gallery of Canada, and the Jean A.Chalmers Collection of Contemporary Canadian Crafts. As well, is has been shown in over a hundred group and solo exhibitions in Canada and abroad. The intent of this publication, therefore, is to offset the lack of written substantiation, to assert the importance of a foremost creator and the merits of his approach.

On another level, having a contemporary art critic deal with one of the least recognized media of present-day art in Quebec adds a novel slant. This attempt to break with routine options, to recall too-soon-forgotten affiliations has proven highly challenging, but equally stimulating. For in the regrettably isolated field of ceramic art in Quebec, critical discourse and exhibition curatorship are still in their infancy. Which leads to the inescapable dichotomy between visual arts and crafts, a persistent though generally sterile dichotomy that Materia has chosen to confront head-on. In this regard, I want to acknowledge the crucial input of Sylvie Royer, director of the gallery, without whom this project would still be on the drawing board. She has imposed a clear vision, which is rare. I also want to salute the intelligence that she brings to her work as gallery director, of necessity allying art and cultural management. My thanks go as well to the entire Materia team, for their professionalism, their attention and the climate of trust that has underlain this project from the outset.

Lastly, I want to express my profound gratitude to Maurice Savoie. To thank him for his passion, which continues to touch me; and for being a living encyclopaedia and allowing me access. I am also grateful to Suzanne Savoie, the key witness to a life’s adventure, for assistance in recollecting facts, for priceless conversations and discussions, and much more.