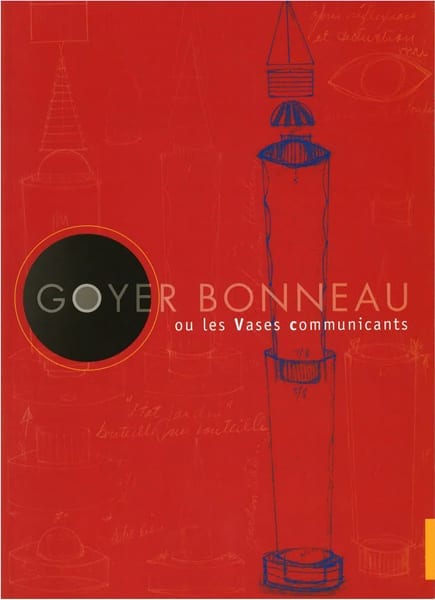 Like industrial design, ceramics is located at the intersection of art and craft. Each is naturally indispensable to the other as the creative activity advances along its path. These two inseparable elements unite in the difficult struggle for originality and in search of beauty; a rude combat between tradition and modernity.

For more than thirty years I have observed and appreciated the quality and diversity of Goyer Bonneau’s work. I see in it, first of all, complete continuity of aesthetic expression and no less a degree of coherence in their geometric, volumetric and formal explorations.

Is the role of the artist not to surprise us? Denise Goyer and Alain Bonneau have positively succeeded in captivating us and in creating sustained interest in their work.

I am reminded of an idea of one of my mentors, Aldo Rossi, who insisted upon the object’s silence, wherein its presence asserts itself as a criterion of beauty. Indeed we look at objects much more than we use them, even though the tactile pleasure they afford accompanies our visual pleasure and heightens it. Textures, proportions, colours, unusual forms: these are the qualities we appreciate in Goyer Bonneau’s pieces, whether they are functional or purely decorative. To my mind, these two ceramic designers embody the idea of unity in an out-of-the-ordinary, startling and rare symbiosis which consolidates and unifies the boldness and originality of their shared explorations.

As is the case with all great artists, we readily recognise the work of this talented duo, which has become a well-known ambassador of the high quality of Quebec’s handcrafted art objects throughout the country and around the world.