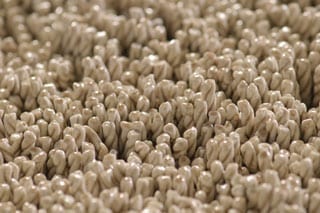 Dedicated to promoting expressive fine craft arts, particularly those from emerging artists, Centre MATERIA will present from August 5th to 28th 2011, the work of young ceramicist Amélie Proulx. The exhibition whose title “Glissements” (Slip) is taken from the artist’s latest project, is part of the events of “Première Ovation”(First Ovation). This program offered by Quebec City aims at supporting the professionalization of emerging creators, developing their careers and expanding their network with professional arts organizations. The opening of this exhibition will be held under the honorary presidency of Jean-Pierre Gauthier.

Language and the perception of natural phenomena are the foundations of the research undertaken by Amélie Proulx. In the framework of the exhibition project “Glissements,” she will present a series of kinetic installations in which ceramics activated in various ways will suggest, both formally and conceptually, the constant slippage of meaning in language and in the perception of natural phenomena.

In her most recent work, she has focused primarily on the reification of metaphors for natural phenomena through familiar objects such as the “river bed”, the “fog veil” and “the forest carpet”. She analyzes these metaphors, establishes new relationships, and explores the outward signs of the new interactions. Moreover, with the creation of a series of entirely functional pulleys made from porcelain, the artist suggests the tension between stability, permanence and the extreme fragility of ceramics. In addition to suggesting this duality, the ceramic pulleys bring a new dimension to her research, a dimension in which the mechanical aspect of the installation becomes a key conceptual element of the work. This idea of fragility is also present in “Encyclopédie d’une orogenèse” (Encyclopedia of Orogenesis), in which a series of porcelain strata representing the topography of a mountain are suspended and kept in balance with a counterweight containing hundreds of letters printed onto porcelain.

These installations grouped together and presented in conjunction with each other will deal with possible slippage and folding with stratification, sedimentation and erosion of the ceramic material in order to create a narration (linear or nonlinear) through time.
Not only does Amélie Proulx question our perception of natural phenomena through language, but she invites viewers to interact in various ways with some of the kinetic installations presented at the exhibition. For instance, in “Genèse d’une forêt ou promenade sur les mains dans la forêt”, the visitor can touch the porcelain carpet and hear the amplified sound of this interaction with the porcelain surface. The sound is obtained by using piezoelectric microphones and amplifiers integrated into the structure that contains the carpet.

Ultimately, the exhibition project “Glissements” (Slip) symbolizes the perpetual slippage of meaning that occurs in language and the perception of natural phenomena, but it also symbolizes a kind of metaphorical “landslide” that would suddenly reveal the mechanics of language, the strata of a phenomenon or the geomorphology of a space.